All The Colors Of Love 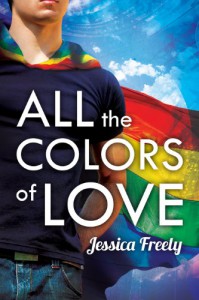 This was the story of Harry, a delinquent with anger issues and Antonin, a somewhat shy yet good student who enjoys comic books. This was the story of how Harry and Antonin save the world while saving each other. This story was well done although somewhat slow to start. It really picked up when Antonin takes Harry home with him on school holiday. Just as things begin to change between the boys the story gets somewhat dark. It is this change that makes you realize what Harry’s father had been planning; To take out Antonin’s family no matter who got in his way. I felt as though Harry had no support system and at times was ready to kill himself, which made my heart break for him. He did, however, find support in Antonin and his family, which was made up of some really wacky characters that were almost more enjoyable than the relationship between the two boys. Both boys carry huge emotional baggage and end up being exactly what the other one needed. I do not normally read or in this case listen to sci-fi, but this book was really good and made me a fan...